Our farmer/producer friends the Chen family of Zhenghe county in Fujian recently released this vintage to their networks, having pressed and stored this prime spring Da Bai cultivar material since 2013.

This tea features a plucking grade of an April-harvested one bud + two leaves — occasionally including a third leaf — standard for Bai Mu Dan, yet eligible for re-categorization as a Gong Mei depending on one's adaptation of the style's ambiguous and complicated definition.

When confronted with this blurred style, Chinese markets seem to give preference to their more popularized Bai Mu Dan namesake, while western facing vendors will more recently often default to a Gong Mei classification — as it is often conflated with Shou Mei, a bit of a trending style — especially in a state of being well-aged.

Having been aged beyond seven years, achieving "treasure" status, this tea's original enzymes have mostly transformed via slow oxidation through the years, adding perfumous layers of stonefruit and melon rind.  Expect to be greeted with thick, clean, smooth tones, yet with layered complexities unfurling along with a lengthy session, this tea is a bonafide, matured babe of a tea. 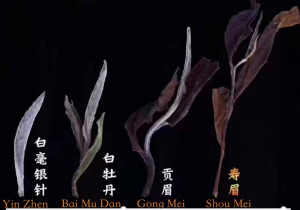 By 2013, Fuding bai cha and awareness of its ageability was increasing in popularity, and making fancy wrappers for pressed, aged tea was catching on.  Zhenghe county labeled wrappers weren't available to them, so as was common at that time their pressed Zhenghe tea was outfitted with a more available Fuding wrapper. 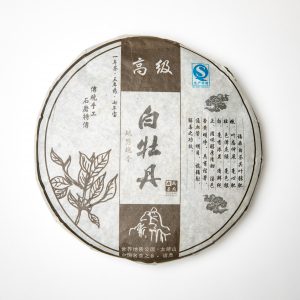 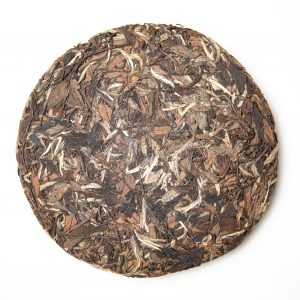 Where is Zhenghe, and what's up with its white teas, you ask? 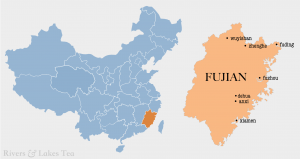 While the capitol of white teas in the world is sure to be the coastal city of Fuding, we are pleased to be able to offer teas from Zhenghe, sure to be its rival. Zhenghe shares the same government district of Nanping with the iconic and legendary post-volcanic mountainous region of Wuyishan. The average elevation of Zhenghe is 200 meters higher than Fuding, and as such the leaves grow slower; their average harvest date is later.

More from the Chen family: