Another new terroir for us, 班盆 Bān Pén is a village in Menghai county in the greater Bulang mountain area, less than 3 miles from Lao Banzhang, as the crow flies. Often regarded as a substitute for LBZ tea (“the poor man’s Lao Banzhang”), Ban Pen shares a lot of characteristics of LBZ tea and is an incredible exemplar of that strapping, bold, leathery southern Menghai county flavor and chi.

This tea comes through the channels of Mr. Yáng, an Akha ethnicity Lao Banzhang villager, and mutual friend of Dá És. When Dá É took us to Lao Banzhang, Mr. Yang graciously showed us around the village and the gardens, as well served us his tea at his mansion. Mr. Yang owns some of the primest old growth tea tree gardens in the area, and has become one of the more successful villagers in Lao Banzhang. In 2006, he decided to lease prime old growth trees in Ban Pen Lao Zhai to make and sell tea from this area as well. Though Ban Pen tea has garnered the reputation as a poor man’s LBZ, that just means that though the tea is significantly less expensive than LBZ, its spring tea is still hardly approachable to even the common man’s wallet. More agreeable prices around the time of autumn harvest have again opened up an opportunity to enjoy fancier and famous teas that have become less and less attainable over the years.

Noteworthy: because LBZ teas are famous and necessitate such astronomical prices and standards, the production style honed there over the last two decades in many ways represents the precipice of processing acumen in the pu’er world.  Mr. Yang and his team treat their Ban Pen leaves the same as LBZ, and therefore the immaculate quality and leading edge skill level is palpable in the brew.  Harvested from old trees in Ban Pen Lao Zhai on September 25th, at gardens 1750 meters in elevation. 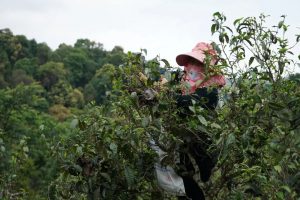 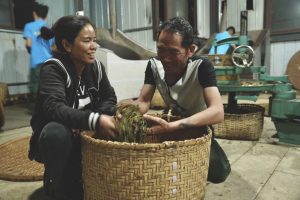 Mr. Yang and his wife 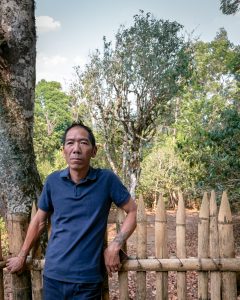 Mr. Yang reluctantly posing in front of LBZ's famous cha wang shu during our visit in 2019 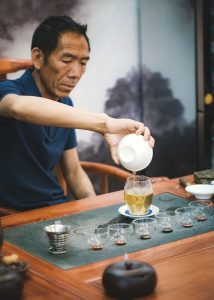 Back at his mansion, pouring up 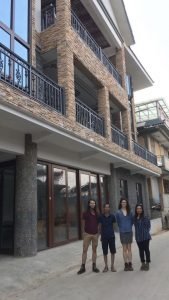 with Mr. Yang and Da E outside his newly built crib in LBZ

Learn more about autumn teas and this release here.