The great 勐宋 Měngsòng mountain range in northern Menghai county contains some of the highest peaks in the pu'er producing region of southern Yunnan.  Beautifully aromatic, bitter, and interesting teas coming from famous villages like Naka have become staples in the industry.  A geographic midpoint between Nannuo and Naka, is the old village of 南本 Nánběn at an elevation of 1650 meters, on the western slopes of a mountain subrange summitting just above 2000 meters.  The ancient tree gardens here are majestic, and not yet popular, as reliable roads to this village have only recently been constructed.

An old friend of Dá É and her boyfriend's, a 拉估 Lāhū clan tea steward named Xiǎo kǒng, tends to an impressive ancient tree garden just above the old village.  After paying Xiao Kong a visit early in the year,  Dá É returned in April to harvest fresh leaves from this special garden, ferrying them back to Nannuo to process them in her family factory in Banpo Xinzhai.  These leaves were harvested on April 17th.

Nanben tea is known to be less aggressive than its Mengsong counterparts Naka and Huazhuliangzi, and these especially old gardens imbue a soft and mature charm to these leaves.  Under the care of Dá É's processing team, the result of this northern reconnaissance to the higher climes of Nanben's ancient gardens is one of the most agreeable and pleasant sheng pu.  A simple, clean orchestra of light honey dancing in the mouth combined with a nearly pheromonal musk that warms and then cools in the throat provides an understated drama that floats each cup as elegant, inoffensive, yet interesting.  Performs astoundingly well in grandpa style glass / higher water ratio with longer infusion time. 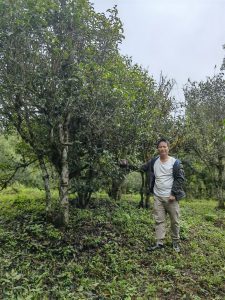 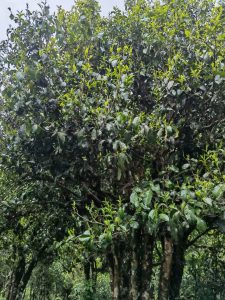 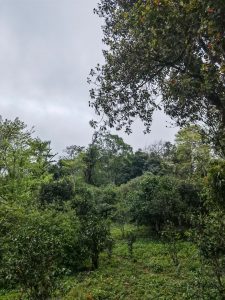 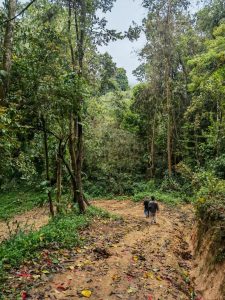 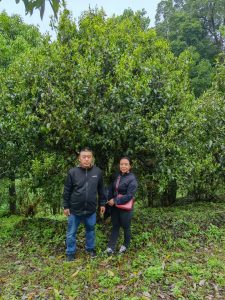 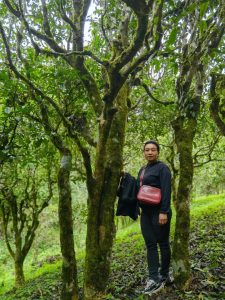 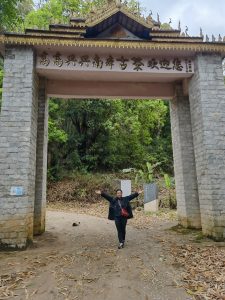