Every day for an hour I sit in meditation while drinking tea if I have the time. Similar to a walking meditation, I gracefully move through the motions of infusing tea. Relaxing my body and mind, I cultivate gratitude, compassion, and open myself up to a larger innate wisdom. It is a secular practice infused with religious concepts.
My tea meditation practice is personal one. It is time I spend alone, mostly with closed eyes. This practice is not unique to me, though. All over the world, practitioners sit daily for a tea meditation. Some sit alone like I do. Others sit with a group and practice in a silent gesture of service. Some cultivate a personalized practice, drawing on inspiration from various schools of thought. Others follow a code of practice, learning from a long lineage of practitioners.
Tea as ritual, though relatively new in the west, has a long history intertwined with the development of Confucianism, Taoism, and Buddhism. To understand the development of the ritual of tea, we trace back to the origins of tea. The precise beginnings of human consumption of tea is not clear but we ballpark it to be 4 to 5 thousand years ago in southeast Asia. In these early years on tea consumption, the leaves were eaten or boiled in a soup. Tea leaves were used as medicine or nutrition. 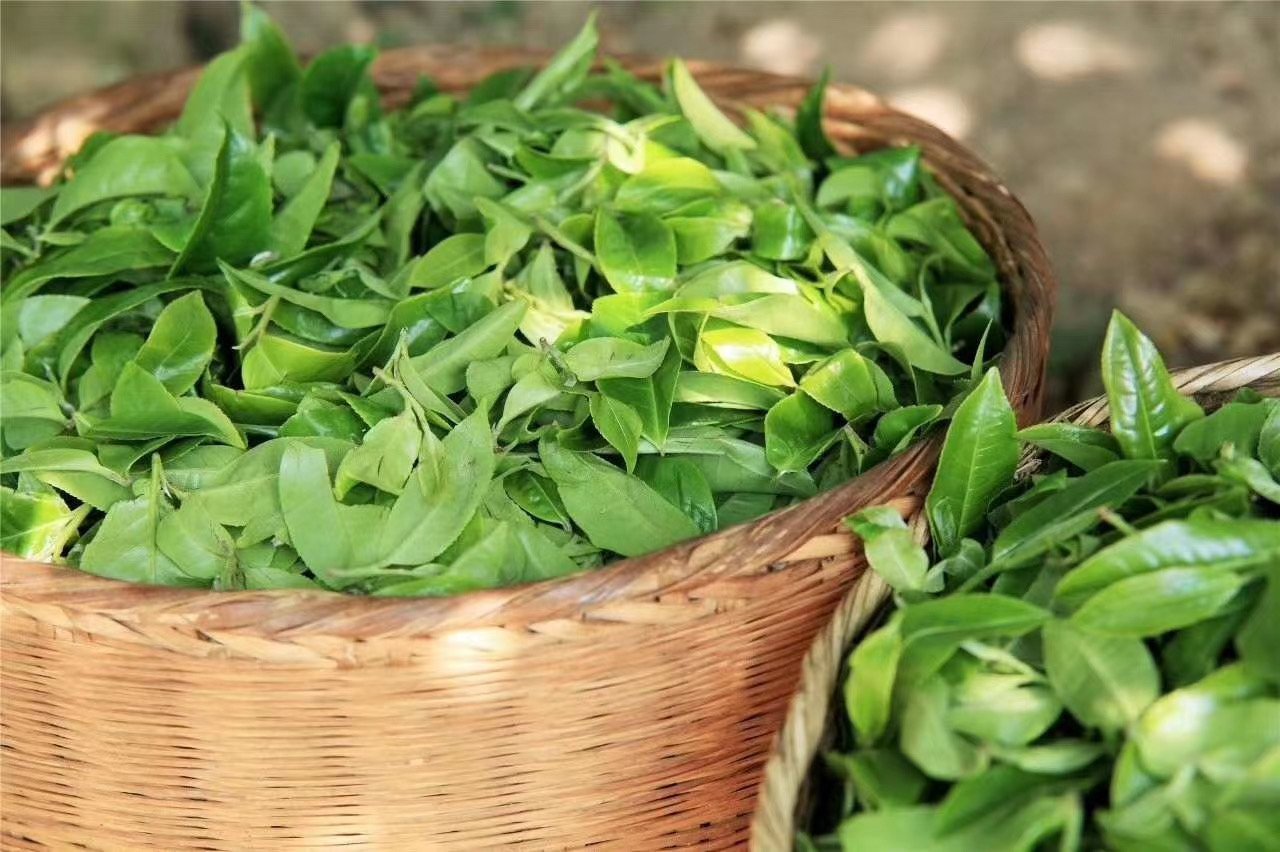 We understand the origins of human cultivation of tea to be in the Bashu State (modern day Sichuan) around 2000 years ago during the Han Dynasty of China. From the Han to the Tang Dynasty, tea slowly evolved from being simply used as a medicine to a beverage with philosophical and spiritual dimension.
In this time, Confucian Philosophy was well established as a foundation of Chinese society. Confucian scholars found the patient act of preparing tea to be a pure embodiment of etiquette and benevolence. Tea was a means to express virtue and grace, to represent the high values for a peaceful and orderly society.
Taoism as a religion develops in the Han Dynasty, emerging from its roots as a folk religion. Taoists deepened a connection with nature through tea. They found a harmony of the universe, the earth, and humanity through tea drinking retreats in the mountains. Tea was highly regarded as being beneficial for the health of the body. Through ritual, tea became a way to cultivate the mind. 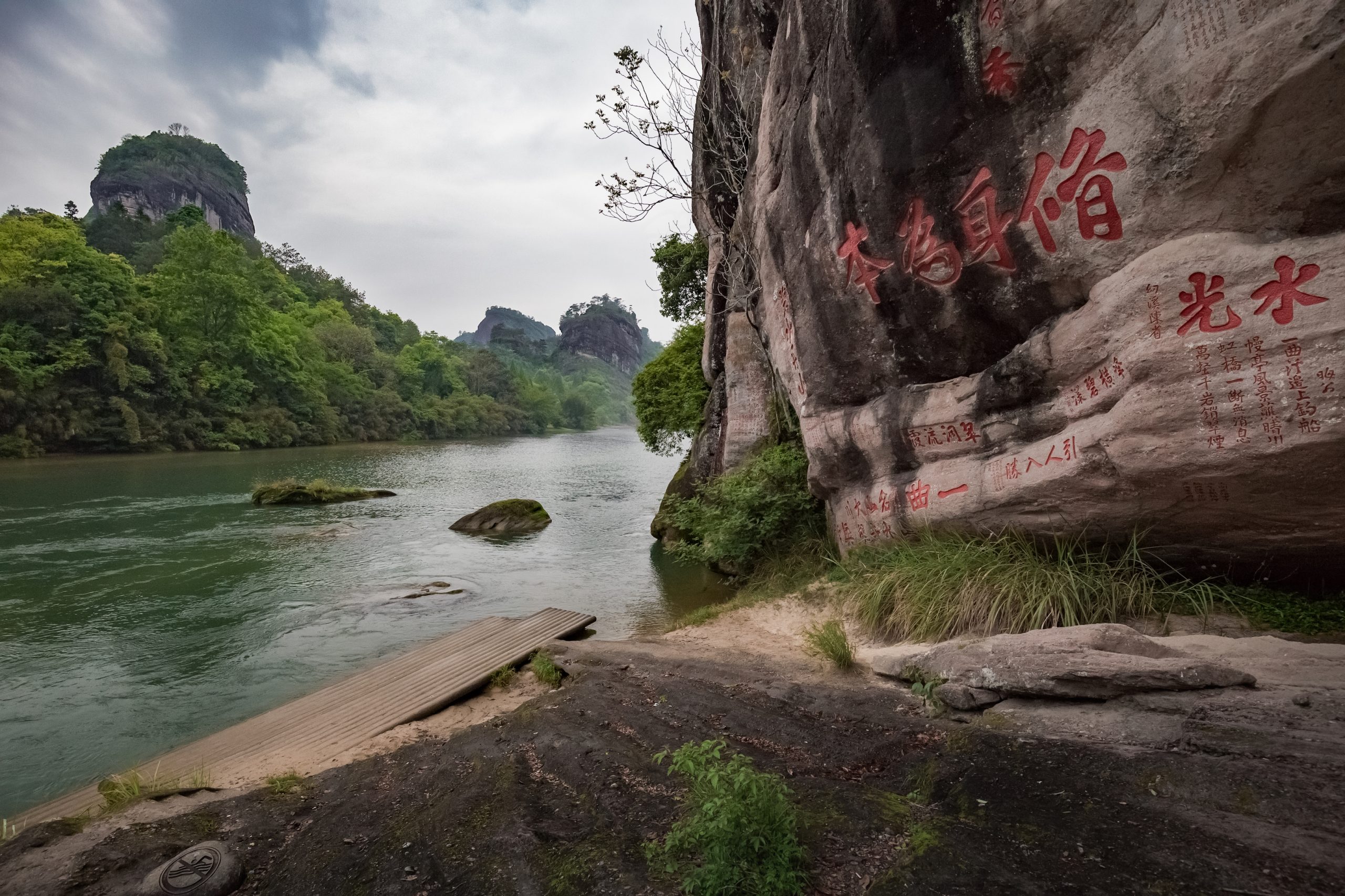 Photo of the banks of the Nine Bend River in Wuyishan, taken during Gus & Miles' adventures in Northern Fujian
By the Tang Dynasty, Buddhism becomes a widely accepted religion in China. Buddhist monasteries become centers of high cultural and spiritual influence. Drinking tea is deeply ingrained in the daily lives of monks. Buddhist used tea as an aid for staying alert in their long sessions of meditation and recognized a spiritual quality to the effects of drinking tea. Mindful tea drinking within the framework of monastic ritual shapes the beginnings of tea ceremony.
Buddhist monasteries built on beautiful mountains became sites of some of the most prestigious tea gardens. The romanticism of a tea garden growing below the cliffs of a holy mountain nestled by a temple, tended by a pure-hearted & mindful monk has sparked a passion in me to understand more and taste the world’s temple teas.
As tea culture crests its first wave of popularity in China during the Tang Dynasty, tea drinking begins to spread to neighboring countries. Buddhism is a major vehicle in this exporting of tea drinking. Buddhist monks from Japan and Korea travel to China to study in the Chinese monasteries, returning home with Buddhist texts and tea seeds. Established first in the monasteries, tea drinking is instilled with a sense of reverence and spiritual potency. Rooted in the formality of monastic life and the sacred admiration of beauty, the now well-established and codified tea ceremonies of Korea and Japan begin to develop. 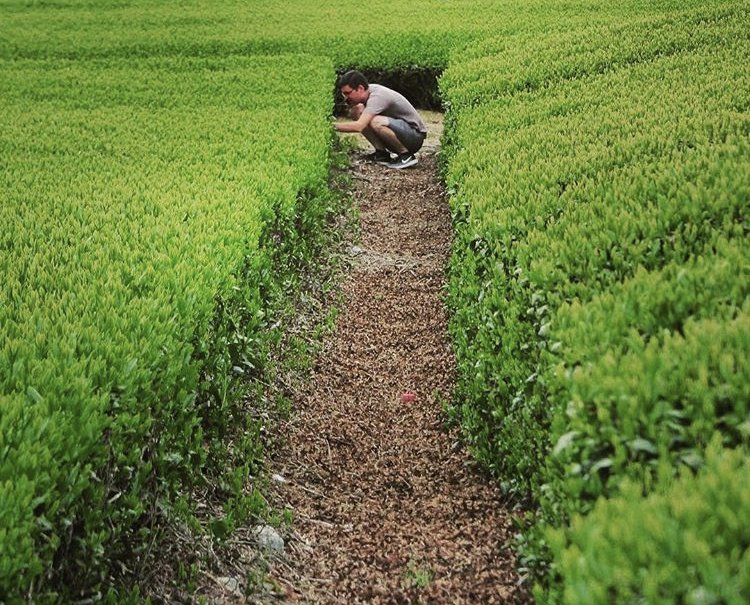 Miles seed hunting in Ujitawara
Parallel to the development of tea ceremony by religious and spiritual institutions, secular reinterpretations by the literati and nobles in the imperial courts played an important role in the development of tea as ritual. Nobility treat tea as a lavash affair, constructing exquisite buildings and using fine tea ware for their tea ceremony. The level of refinement exhibited in their drinking was a way to show off their prestige.
On retreats to the mountains, the literati would find inspiration from the effects of drinking tea and partake in arts such as calligraphy, painting, and poetry. Though inspired by the perspective of monastic tea rituals, secular tea drinkers enjoyed tea as a tool for mind expansion and philosophical inquiry.
The artistic and emotive concept of Wabi Sabi played a definitive role in the development of Chanoyu, the Japanese Tea Ceremony. A melancholic aesthetic with an admiration of imperfection, Wabi Sabi is a core perspective in the simplistic intentionality of presenting beauty through tea ceremony. 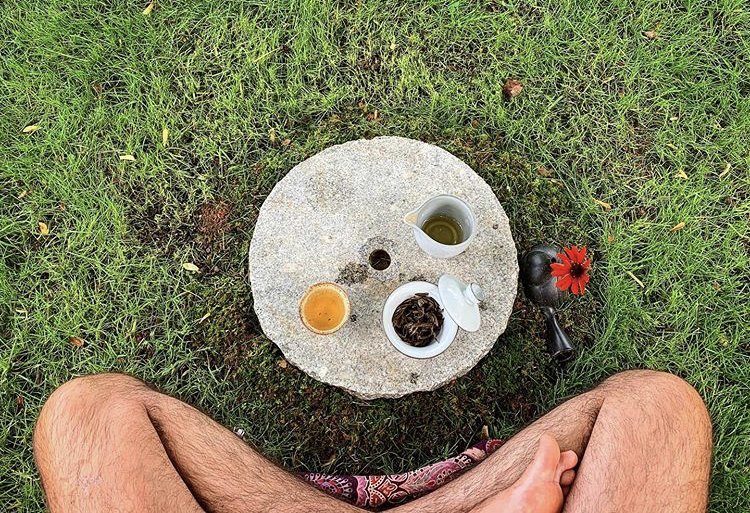 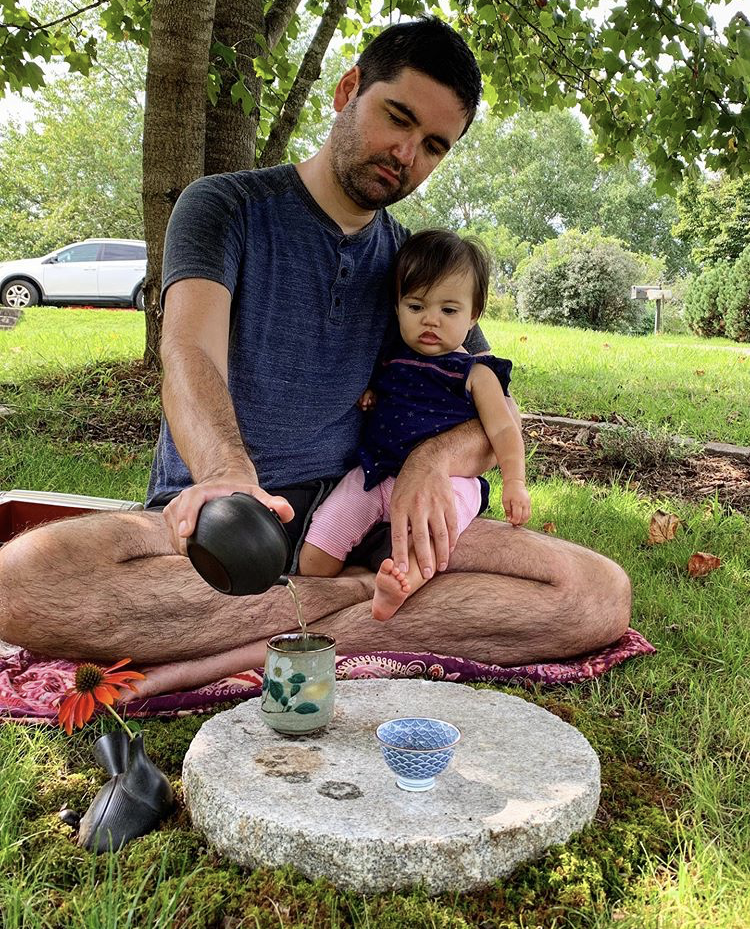 Miles Cramer has been in the tea industry for over a decade as a founding staff and general manager for Dobra Tea North Carolina.  There, he has established an extensive education program that has taught hundreds of people about tea at both introductory and advanced levels.  Having not only put in his due diligence as a scholarly researcher of tea, but also as a seasoned tea traveler, we are happy to have Miles as a contributing member of the Rivers & Lakes community.  Follow Miles and his daughter Mila on his instagram.