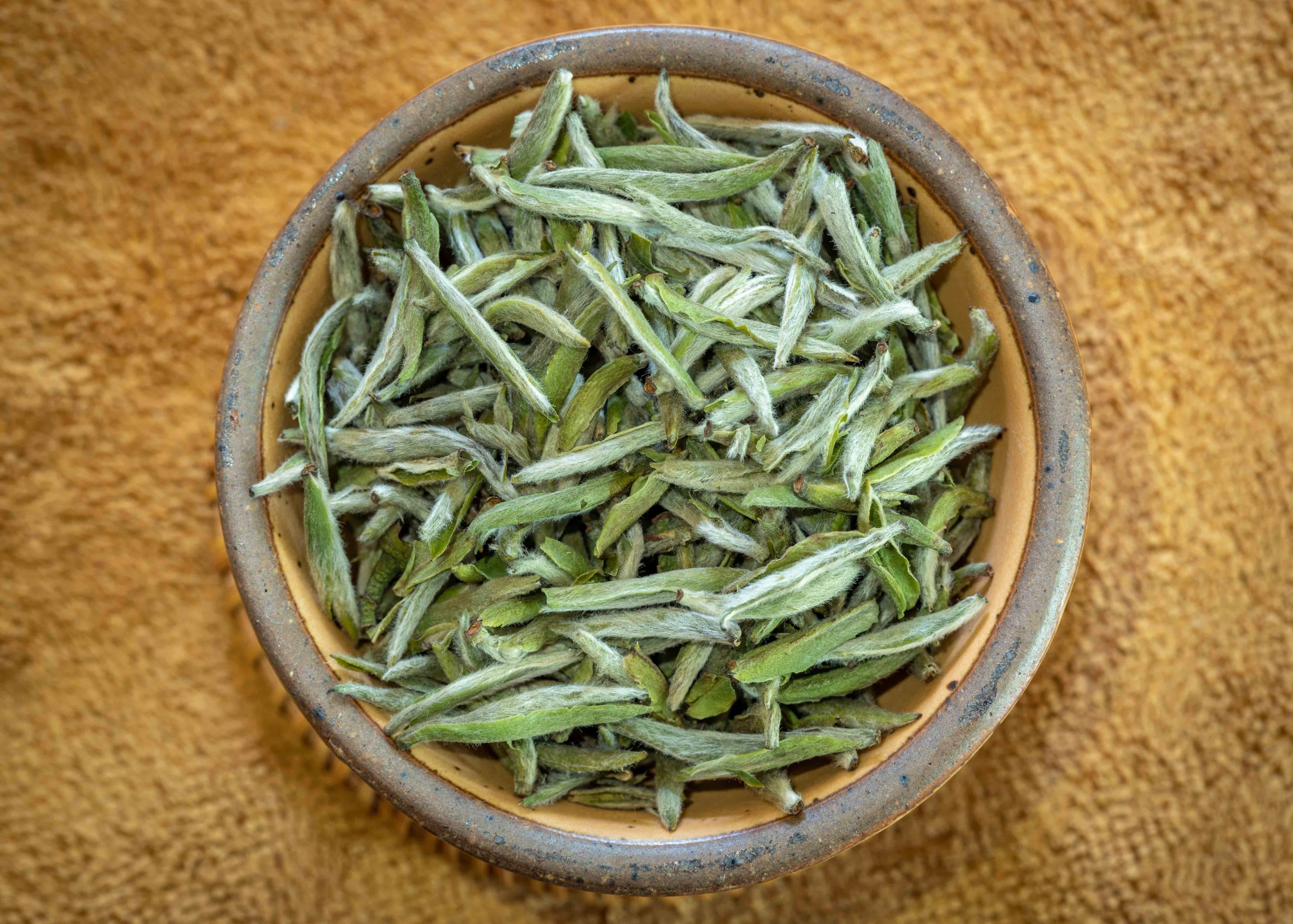 • Yin Zhen is synonymous with Silver Needles, referring to a typically higher grade white tea made from just the buds of the tea plant.
• Cultivar: Dà bái 大白, cultivated in the 60s by the Fu’an Tea research institute, planted shortly thereafter in Zhenghe. A precursor to the newer drought-resistant cultivar Da Hai.
• Zhenghe county in Fujian province is the second most famous white tea producing area next to Fuding.
• Harvested: first pluck, March 24th 2020
• Elevation: 2700 feet in highest gardens of the producers gardens in Zhen qian
• The producer makes several grades: some from lower elevations, some from flushes later in the spring.
• Tea Producer: Mr. Chen, whose family we met during our travels in Fujian.
• Processing: plucked, allowed to shade wither on bamboo for 3 days, then dried by 100C temperature for 2 hours.
• White teas, much like pu’erh, have been dried before the enzymes present in the leaves significantly oxidize.  Over time (though at a rate faster than sheng pu’erh), these leaves will slowly oxidize, introducing more depth + sweetness in addition to yielding a darker brew. Look forward to seeing how this one develops over the next months and even years.
Rated 5.00 out of 5 based on 5 customer ratings